The Worlds Strongest Human: The Biography of Bobby Lagree: The True Story of How an Ordinary Boy Became a Superhero. David D. Dye 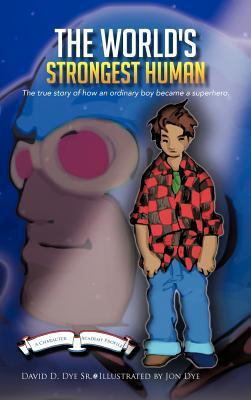 When did Superman realize he was super? When did Wonder Woman know she was a wonder? More importantly, when did Bobby LaGree find out he was the worlds strongest human? What has to happen before our hero joins the ranks of the many champions of super-dom? (Okay, super-dom is not a real word, but boy, does it sound cool!) From his humble beginning as a mistreated foster child, through war time battling enemy soldiers, and hideous creatures, to his days as a professional wrestler, our hero learned that hard work and determination could save the day, but the best part of the adventure is how Bobby found out he was the worlds strongest human!

(A feat that earned him a spot in Ripleys Believe It or Not!) Each chapter of his story focuses on the virtues needed to be a real champion. Remember this is a true story so get ready to meet one of the first real-world superheroes.

Comments
Comments for "The Worlds Strongest Human: The Biography of Bobby Lagree: The True Story of How an Ordinary Boy Became a Superhero.":